Xikar has once again outdone themselves with the Xi3 3D Mayan Cigar Cutter. Tobacco was first used by humans about 18,000 years ago. The Mayan civilization was most likely the first to cultivate tobacco around 5,000 years ago. In fact, there are two probable Gods that are depicted in stone carvings from that era smoking what appears to be very large cigars… Bet they wished they had The Xi 3D Mayan Cigar Cutter and quite possibly a Xikar quad torch lighter to fire that mother up! Great news! You will never have to worry about that with the Xi 3D Mayan Cigar Cutter. It is not only extremely functional, but also darn near, hang on your wall, art worthy. The Xi3 3D Mayan Cigar Cutter depicts Mayan Gods on either side holding what appears to be tobacco leaves. So, there you have it, an outstanding Cutter with a story behind brought to you as only the folks at CigarAccessories.com can lay it down! 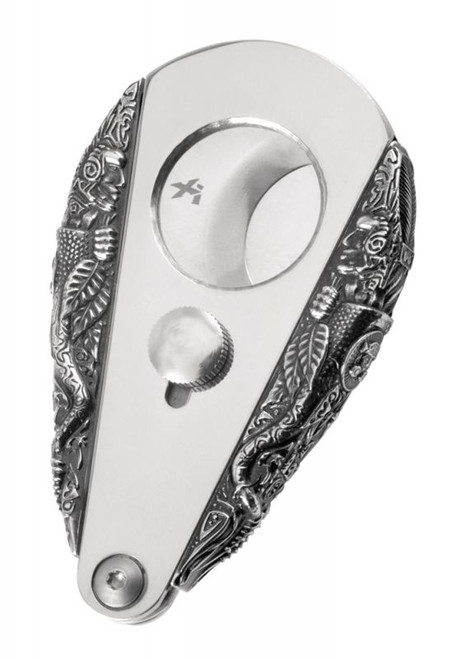